Several times a day (even when I’m not riding my bike), I get random flash-backs from previous rides. Anything can set it off; a bridge I crossed yesterday on my way headed up into the mountains reminded me, of all things, of a bridge in the interior of Iceland. 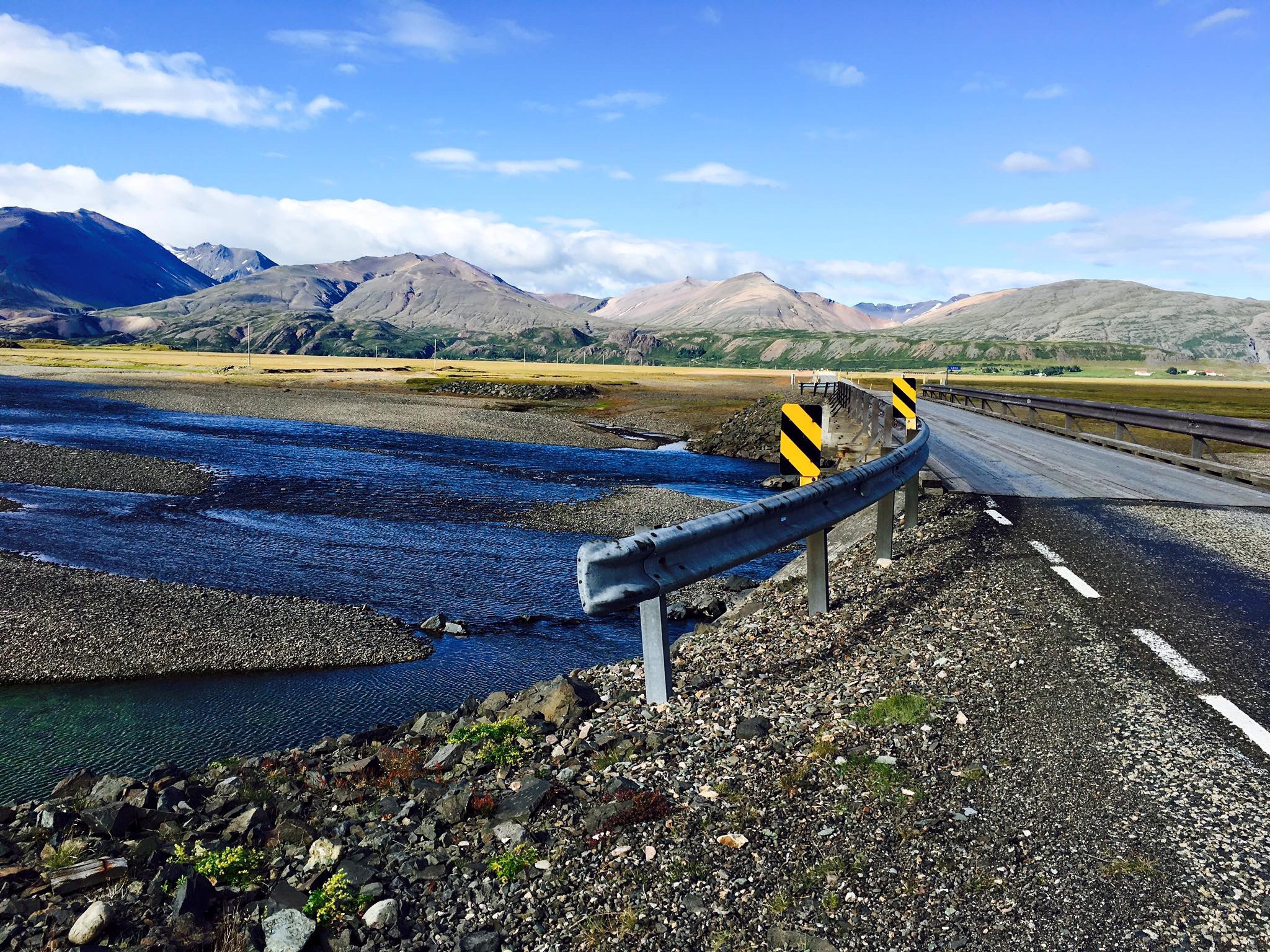 A particular bird call I’ve been hearing today reminds me of one I heard often in Sri Lanka. A grey, mud-spattered water buffalo that lugged it’s way in front of me out of a ditch this afternoon made me think of a young moose who had stepped out onto the ATV trail I was blazing along in the interior of Newfoundland last summer. I gave both beast plenty of space. 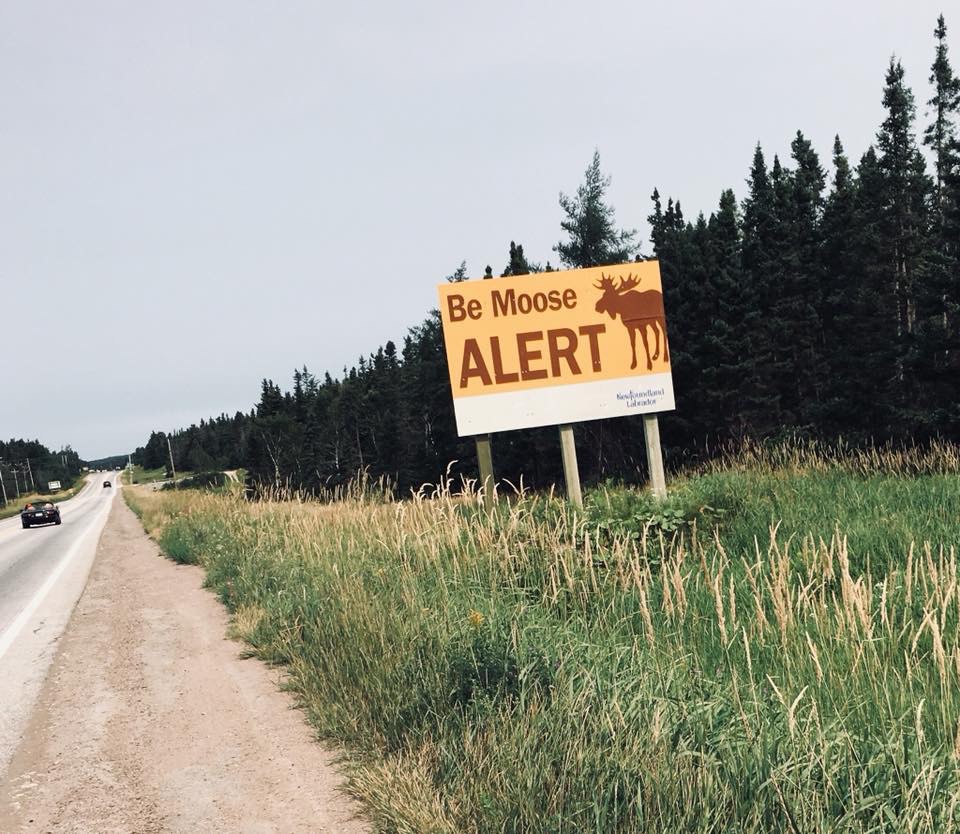 These flashbacks serve a couple useful purposes. The first reminds me that I’ve been to a lot of places on my bike! It’s a joy to be alive and to have seen all these places in the world from the seat of a bicycle. And this then reminds me that now that I’m traveling through a different land once again, I need to give everything I see, hear, smell, and feel my deepest attention and respect. The fun part to paying attention is that you learn things about other cultures you may never otherwise learn. Sometimes your intuition rewards you with new understanding.

Another purpose of these flashbacks is to remind me of sticky situations I’ve encountered before, and to remind me that no matter how big the problem seems to be, it’s likely a problem I’ve already overcome once or twice already. There is always a solution to look up in the mental files. 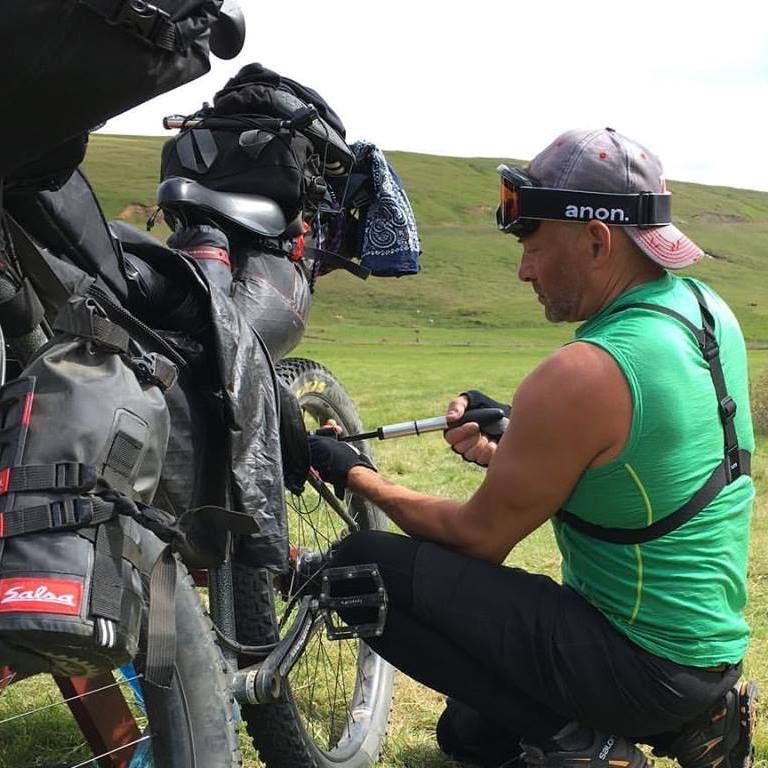 For example: “what goes up, must come down.” Universal rule, right?

Mountains are to be an inevitable part of my journey through Vietnam. I’ve gone up and down them before on a bicycle: through the Logan Pass at Glacier National Park to get over the Rockies, up to the top of Pike’s Peak for the hell of it, and windy glacial passes in Iceland. An all-day climb on a road under construction over a mountain pass in Sri Lanka comes to mind (don’t ask me how Google got me there). I know the mountains in Vietnam are no less a challenge. 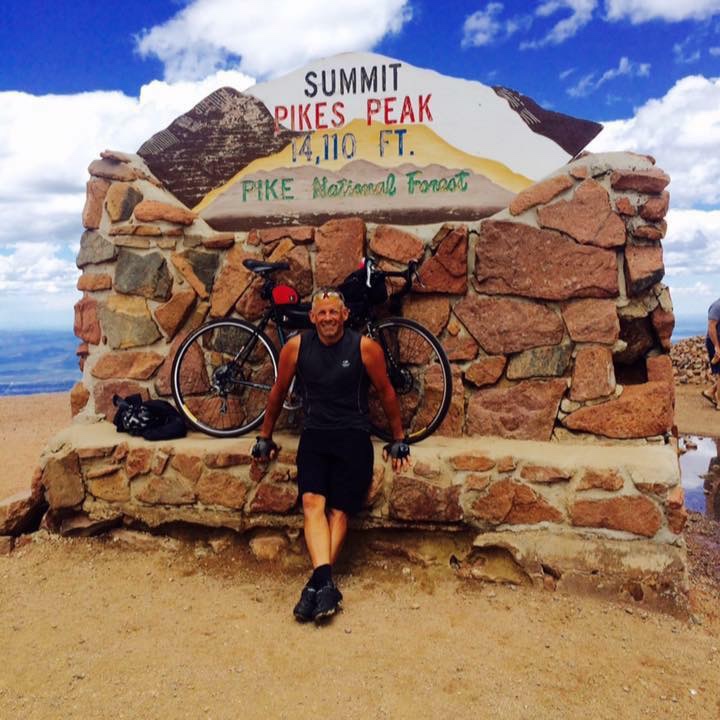 On my second day on the trail, my plan was to get up into the remote Pu Luong Nature Conservancy valley southwest of Hanoi and stay with some of the hill tribes who have opened up their homes for “homestay visits”. That morning, I headed towards a range that had been looming closer over the past day. Getting to the base of the mountain, I began the climb. 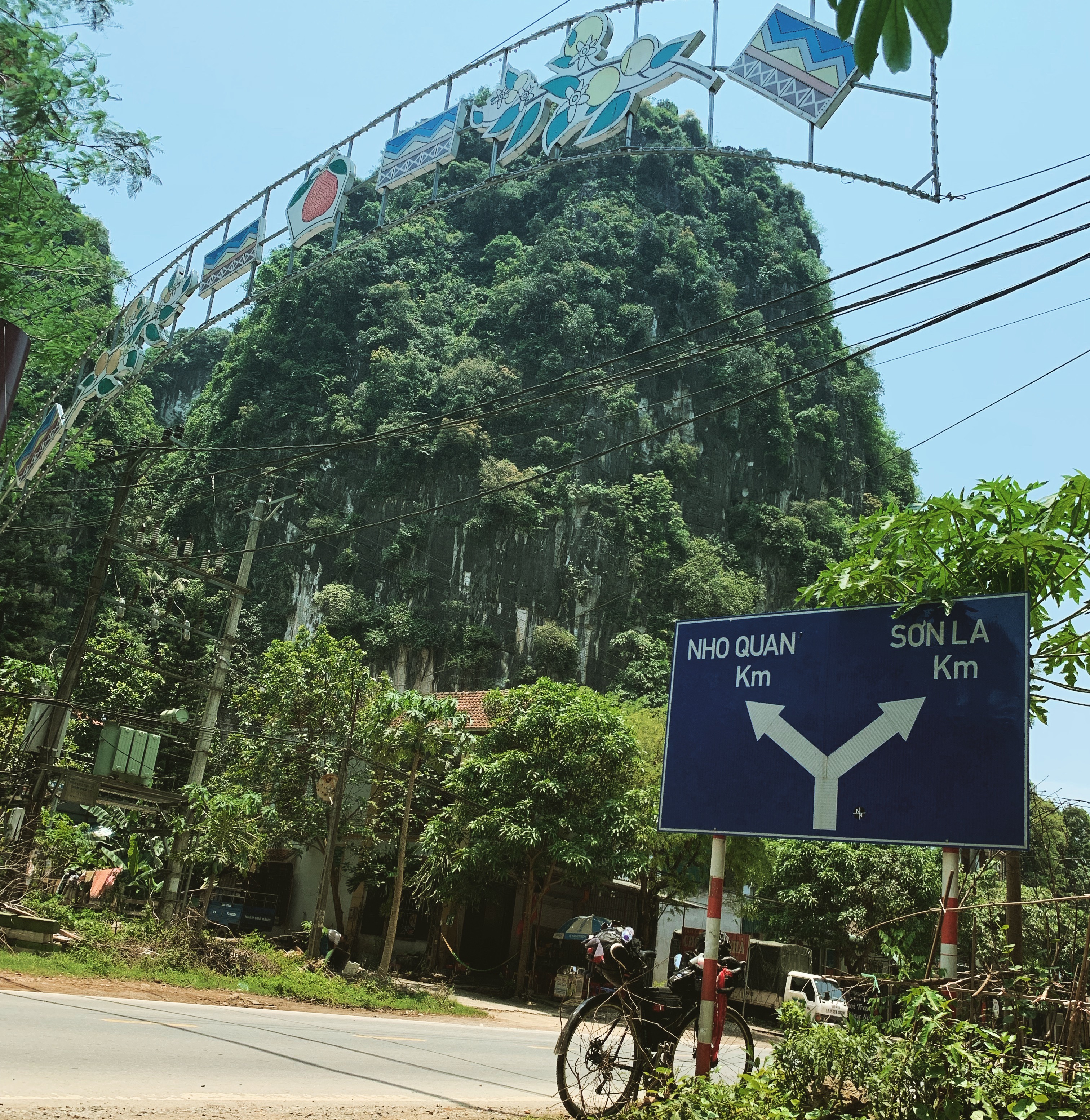 There were five things that began to be a challenge all at once; intense humidity, 100 degree sun and heat, a loaded-down bike, jet lag (still lagging) and eventually, a sign that said that the next outpost was 13km straight up. And I had 13km to go after all that.

Long story short, it was the second time in all these rides I had to push a fully loaded bike up a mountain (Sri Lanka was the first, due to chain issues). I’m no superhero, so I took the safe route. The heat and humidity were the biggest factors. 13 kilometers is a long ways to push a bike uphill, and some of the grades were 10% or worse. Even with pushing a bike there are obstacles to deal with; water buffalo don’t seem to take kindly to me, and even though they have handlers, I still have to grit my teeth and whisper “please don’t gore me, Bessie, please don’t gore me” as I slide carefully past. 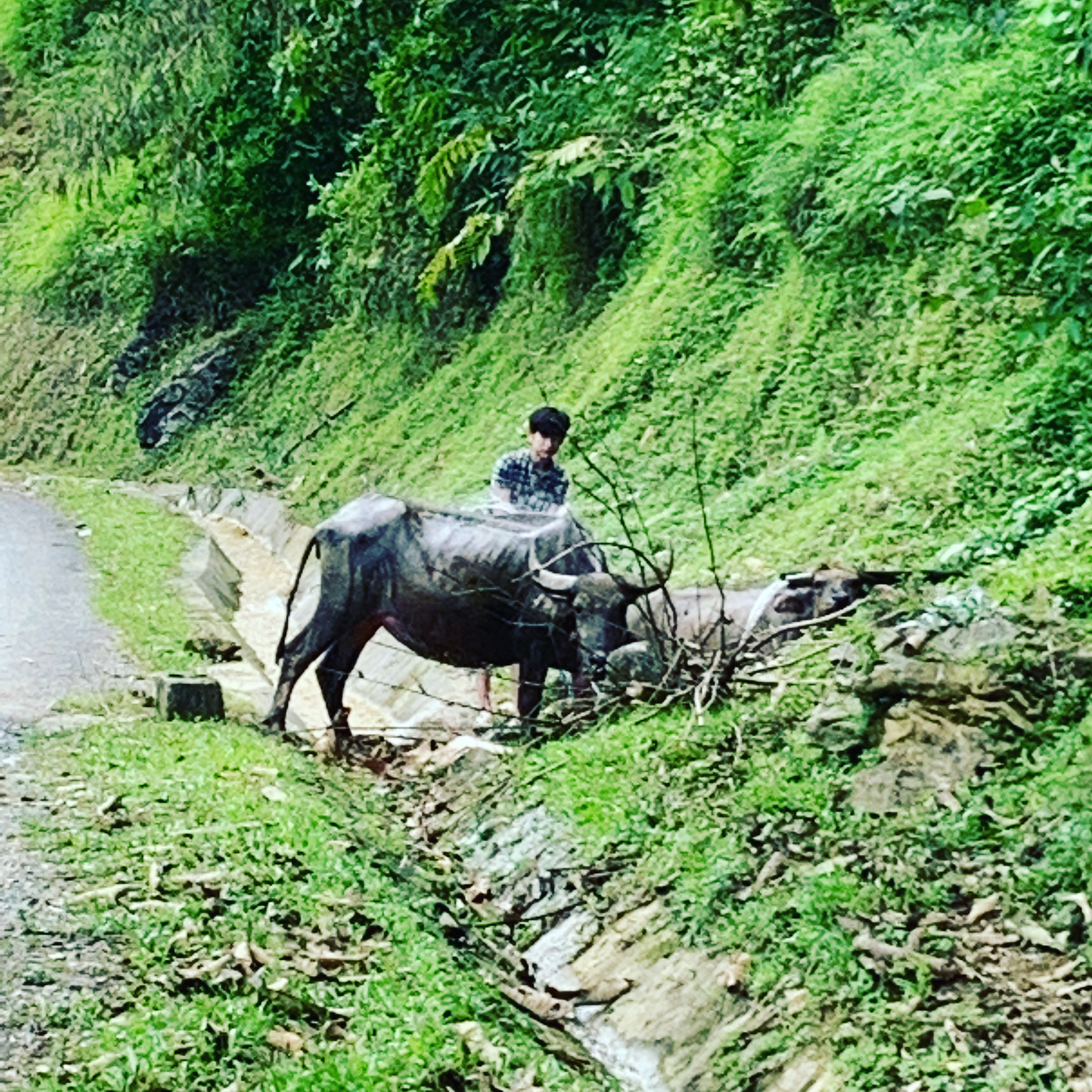 It’s a crap shoot with dogs.

The day was growing shorter and soon, up above me on the other side of the range, I heard the ominous rumble of thunder (so far, these huge storms have hit roughly at 4-5pm every night I’ve been here). I started pushing faster. Forget the murderous water buffalo and the heat. Time slid by. Switchback after switchback, and still no summit. The sky grew grey. Up ahead, like a scene straight out of a scene from the Legend of Sleepy Hollow, a black growling, flashing cloud advanced from the other side of the summit. Who would get there first? I was about to consider rolling up to a farmer and start pantomiming “”get me the hell out of this” (to which he would likely reply “it’s your own damn fault, American !”), when a motor bike roared up from behind, pulled up next to me, and its owner shouted (in Vietnamese) “grab hold! Tow truck!”

Without thinking twice, I hopped on, and after a couple false clutch pops due to the new payload, we slowly got grinding up the hill, me gripping the motorcycle seat between my knees, hanging out to the right to hold the handlebars of my loaded bike. I felt like I was a sidecar in a German war film. Goggles down, gripping the steering column, advancing on the dark storm. To top it all off, he was a speed demon, driving as if I wasn’t even behind him; no slowing down for potholes, blind corners, or water buffalo. More than once, I had to make the bike pop a wheelie over a pothole just to try to save anything loose from falling off. Damn the torpedos! There was a storm to beat, a summit to top, a stupid American-on-a-bicycle’s ass to save!

Then, the storm was upon us. The wind almost whipped my helmet off as we skirted a deep ravine. Rain pelted our faces. Lightening flashed. Thunder rolled. And suddenly (thankfully) the summit. My hero pulled his motor cycle over as I whipped my cell phone out, flipped immediately to Google translate, said a prayer it would work at this altitude, and furiously typed “I need a room to rent. NOW.” 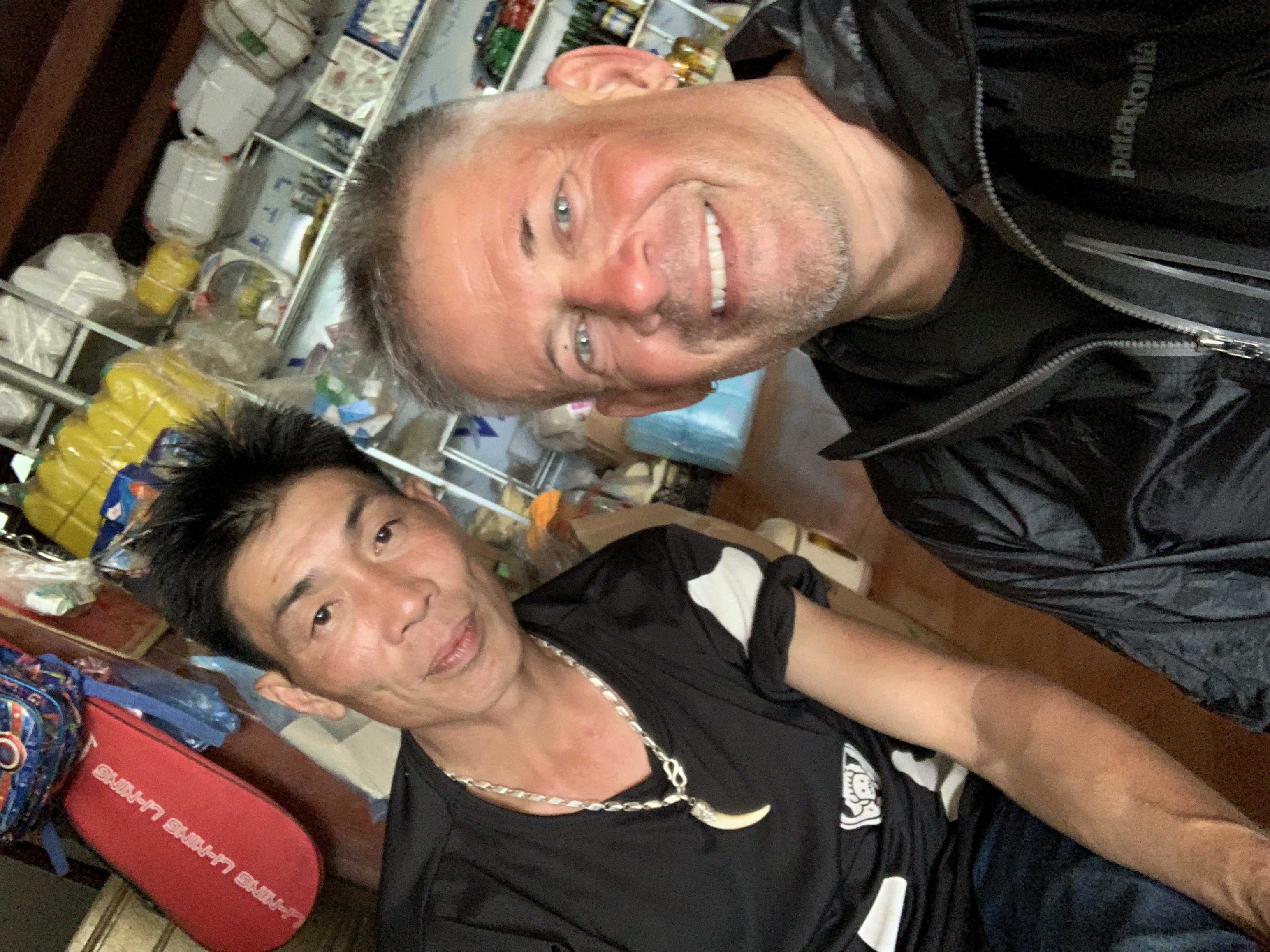 “Follow me,” he gestured, and took off. Mr. Toad’s ride was a bout to have an epilogue. I was about to earn an epitaph. He dove down the other side of the pass, head first into the storm. I gripped the handlebars, and dove in after him.

Minutes later, horn beeping, bicycle pounding under me as if being chased by Cruella D’Ville, we arrived at landing speed into the muddy streets of a small farm village. He set course for the open barn doors of an implement dealer at the far end of the block and, seconds later, a wet motorcycle and a muddy Surly Straggler cruised into the dark interior. Three men seated around a card table on the loading dock froze at first, then burst into laughter. I was about to meet “the gang”. 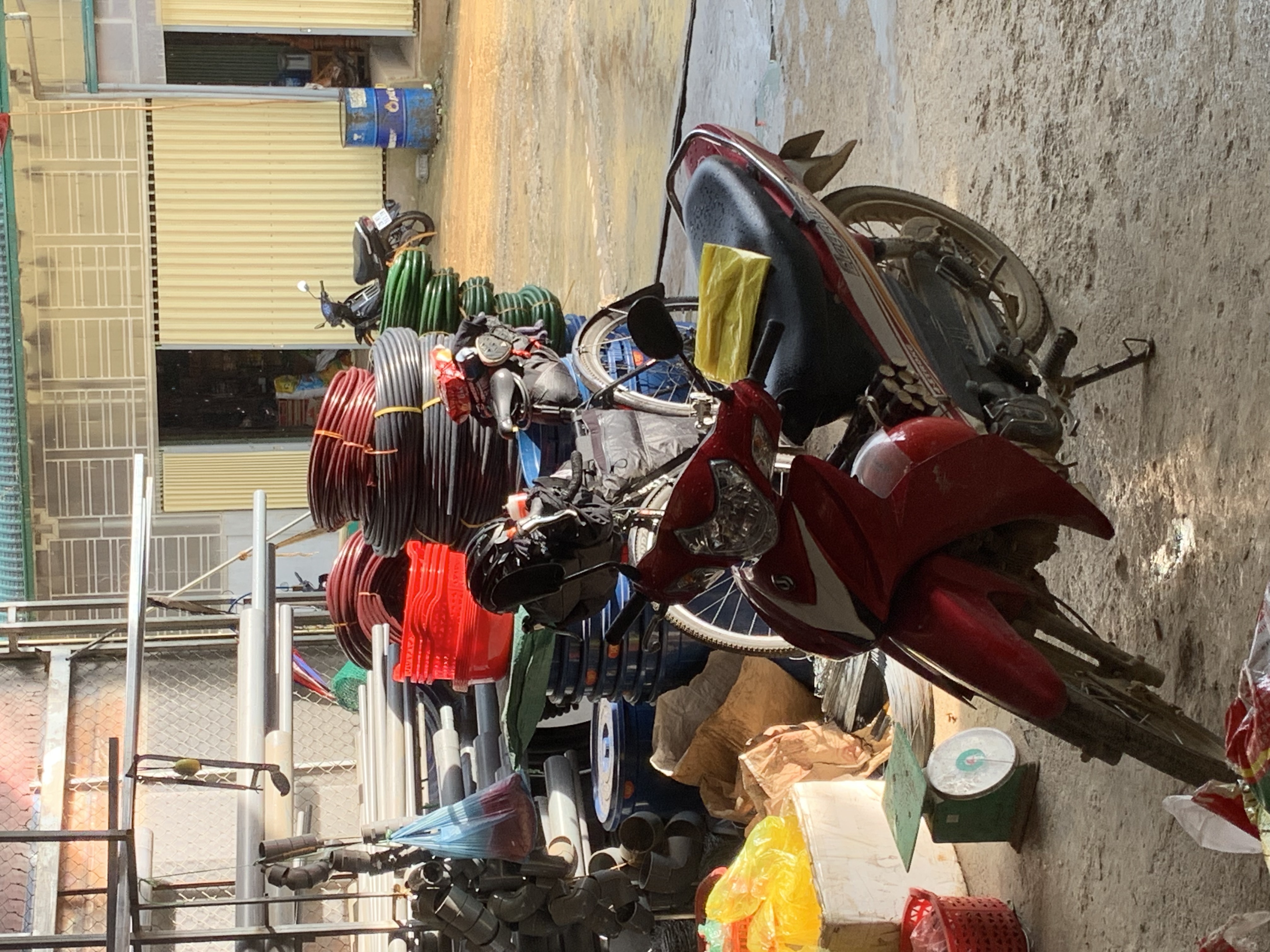 Twenty cups of tea later (imagine something a little larger than a thimble) the storm had subsided, and after I had (after some prompting from a toothless grandpa) gotten up onto a farm scale so they could see who had won the bet as to how much the American weighed, we were off to his brother’s home just down the track. The sun was out (what storm?), the clouds were gone, and I was about to meet my first Vietnamese homestay family. 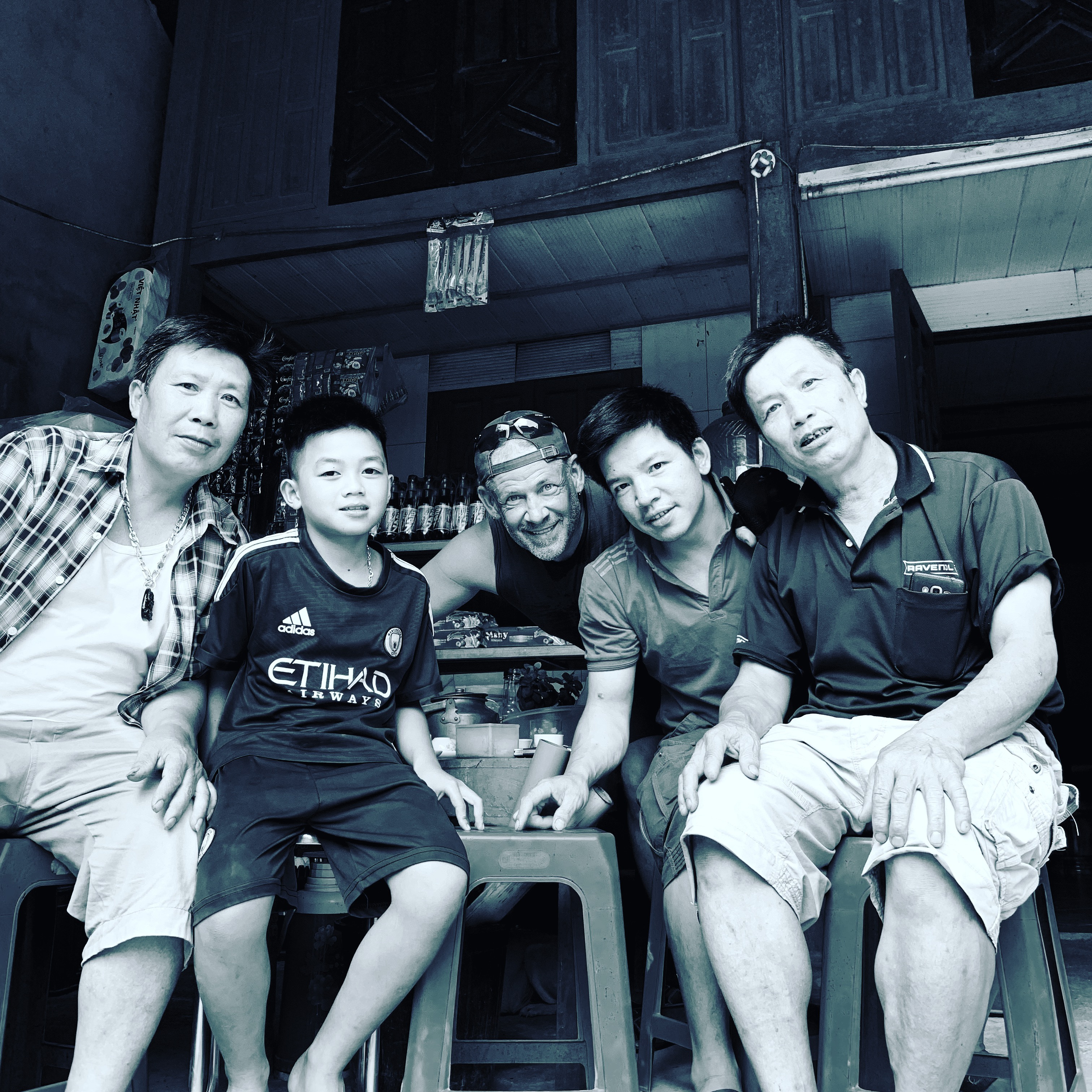 I couldn’t have dreamed up this journey even if I had tried!