Empire Builder: “Why We Wrote a Train Opera” by Anne Bertram 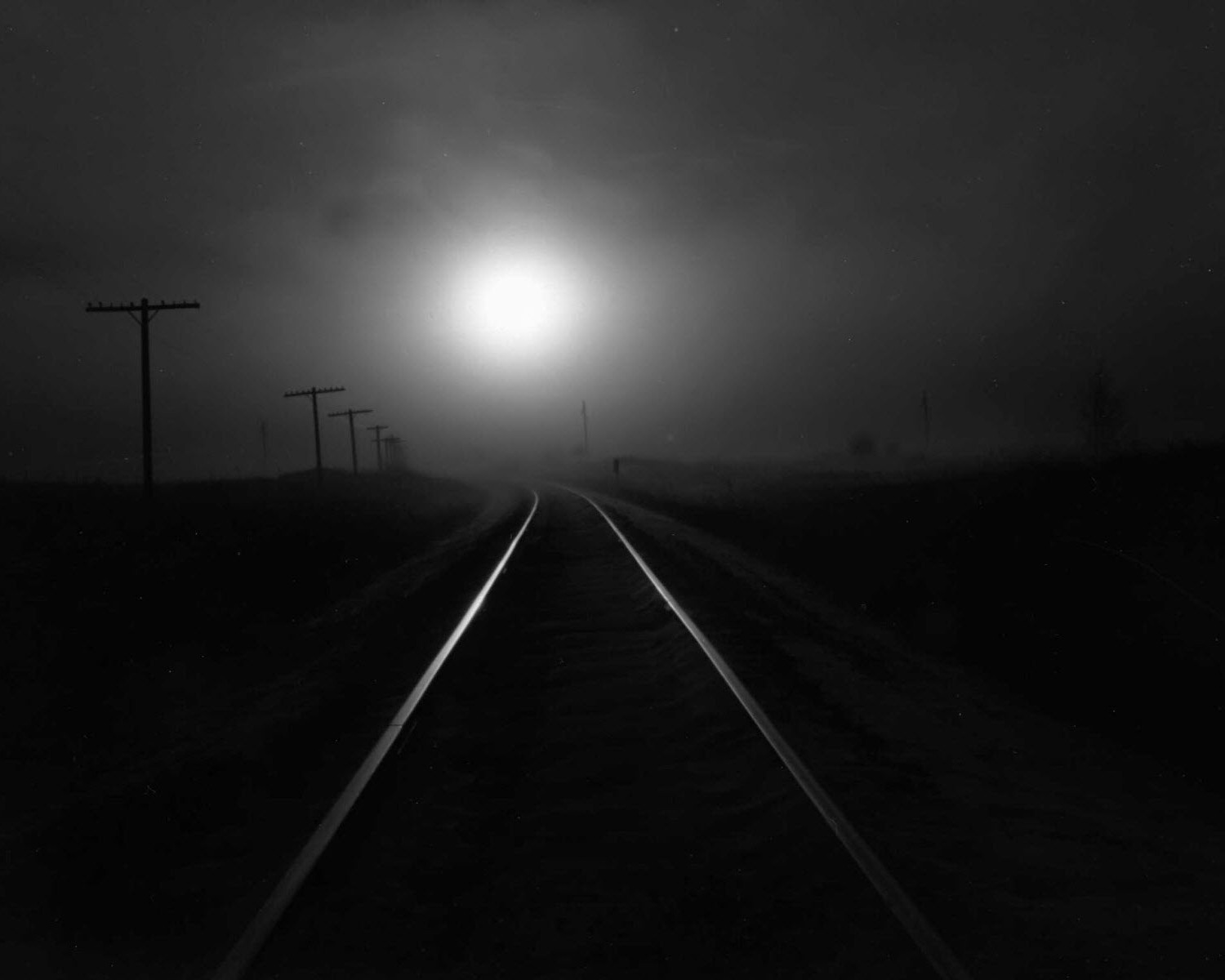 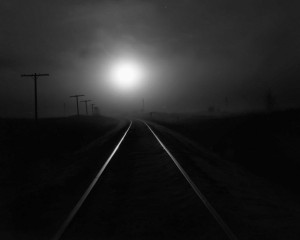 It’s hard to articulate why trains matter to me, though clearly they do, since I’m working on this project. The first thing that comes to mind is an image from my childhood: nighttime in my grandmother’s farmhouse in West Chicago, Illinois, the view out the picture window in the living room. Wide, dark fields under a slightly less dark sky. In the distance, a yellow headlamp cuts a straight line from left to right across the view. The train whistle sounds and dies away. Loneliness and connection all in one – the train is far away, the train is telling me something.

Just now, I surfed around to try to identify what train line that would have been (the Chicago & North Western), and discovered, or was reminded, that the West Chicago city logo prominently features a steam locomotive. The original 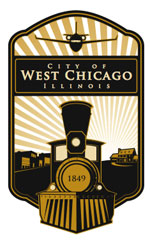 So, as it happens, this early train memory of mine is a small example of one of the things we want Empire Builder to do – to give a reminder of the way that large political and economic decisions can reach in and shape individual lives. 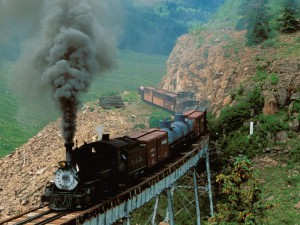 Another image: a reel of Super 8 movie film, taken by my late dad, of the train on the Cumbres & Toltec Scenic Railway in the Rockies. The little steam engine doggedly pulls the train up through the Cumbres Pass along curves so tight that you can see (or film) the locomotive from your window in the passenger car. The picture shakes because the train is rattling. All kinds of stuff associated with this image. Dad at his sunniest, experiencing a cool old train in action. The lulling boredom of family trips to historical destinations, which we’ve grafted onto Jimmy, the hapless computer programmer in Empire Builder. The dry harsh West, where I grew up. The sensation that trains can serve as time machines.

Many of the things I associate with trains have cropped up in my writing. Characters in a few different scripts manage to convey I am far away and I am telling you something in the same signal, the most extreme example being the killers who speak the monologues in Murderess, who get more alien the more they explain themselves. Both The Donner Gold and “Grasping” have characters so obsessed with family history that they can’t live their own lives; Sky, in Empire Builder, has a similarly hungry past. In Frankenstein Incarnate: The Passions of Mary Shelley, my version of Percy Bysshe Shelley bubbles over at the ingenuity of an electrostatic generator and is, briefly, 100% my dad checking out a steam locomotive. All that said, I never wrote about trains themselves until I started working with George Maurer.

I met George in 2008 at a Composer-Lyricist workshop at Nautilus Music Theater. In the assignment we were given, he first had to write two musical themes, and then I had to write words for them. When we met to discuss the themes George had written, I said that one of them sounded like a train to me. Within minutes, we were exchanging core stories about fathers, grandfathers, trains and the passage of time. We wrote a short piece called “Night Train,” which started with some complicated ideas about time travel within train cars, but got simpler and simpler till it became this: a train passenger is worried about getting to her destination on time. The conductor, collecting her ticket, points out the sights that can be seen through the window. The passenger loses her anxiety in the delight of watching the things and people they pass.

I learned a lot from working on “Night Train” and really liked how it turned out. More than that, I found it cool-to-the-point-of-scary how quickly George and I were able to dive into very emotional subject matter and turn it into a good story. So when I had the opportunity to work with him again, I jumped at it.